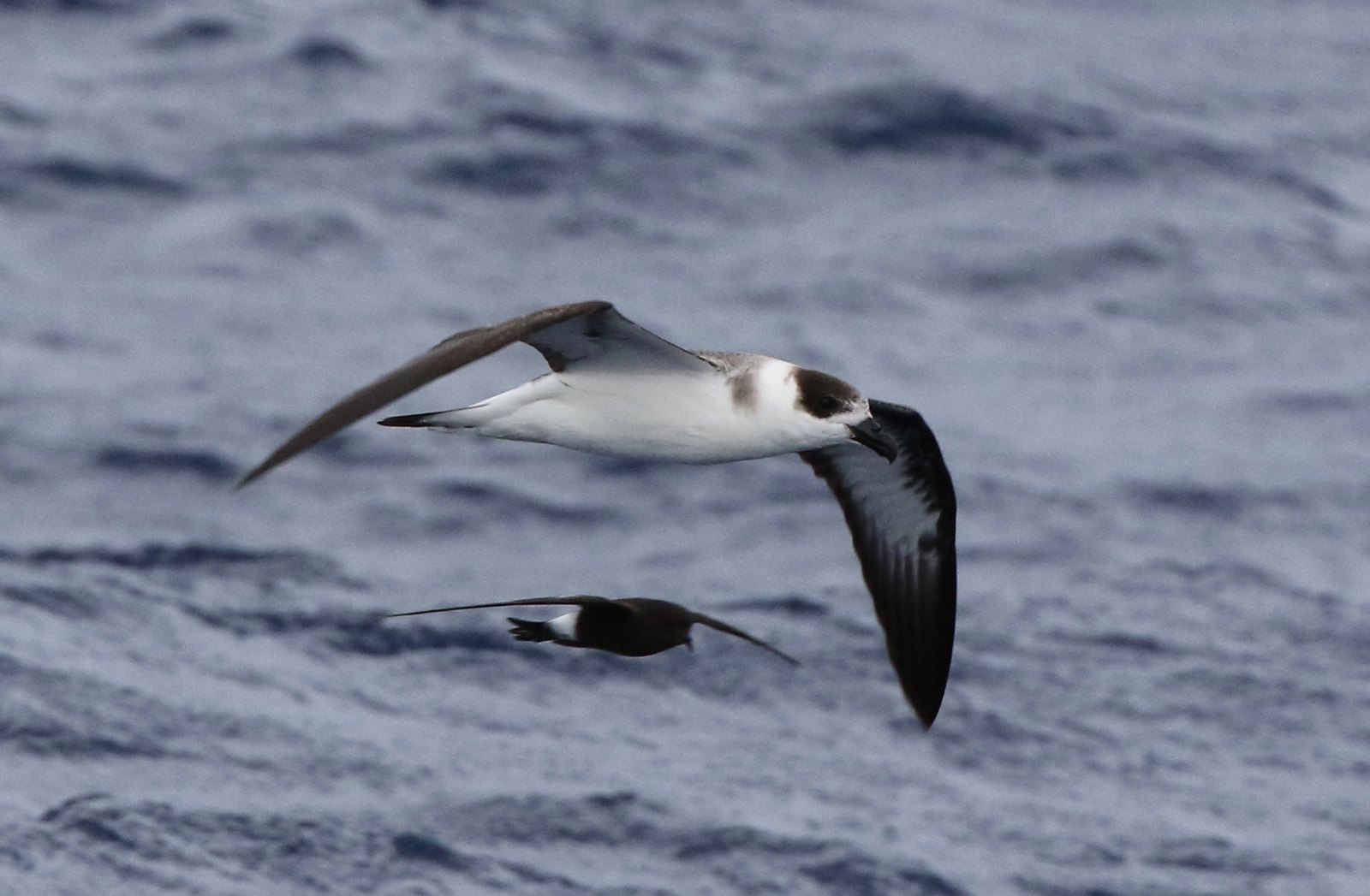 The Black-capped Petrel (Pterodroma hasitata) is a highly endangered seabird in the North Atlantic, is listed as globally Endangered by the International Union for the Conservation of Nature, and is currently being reviewed for listing under the U.S. Endangered Species Act. Unlike the two previous efforts to individually track petrels (2014 and 2018) which deployed tags at nest sites, this effort sought to capture birds at sea and subsequently track their movements. In May 2019, we captured 10 petrels along the western edge of the Gulf Stream east of Cape Hatteras, North Carolina. We used a hand-held net launcher powered by compressed air to capture birds in flight over chum. Our capture rate was ~ 50% of attempts made. Three birds were female and 7 birds were males. Six birds were classified as dark-morphs, and four birds were classified as white-morphs. Birds were equipped with 8 g solar-powered satellite tags set on a 6 hour on/28 hour off duty cycle.  Subsequent tracks (May – November) showed that most locations ranged from 28.4 – 41.2 degrees latitude. Two petrels travelled to Hispaniola in late September (light-morph individual) and early November (dark-morph individual). While birds did use areas west of the Gulf Stream and over the shelf, we also recorded substantial levels of activity east of the Gulf Stream, and ingress into the Canadian EEZ. Compared to birds tracked from breeding sites in 2014 and 2018, the current use areas appear similar to use areas during post-breeding periods, but dissimilar to use areas from 15 trips recorded during known breeding periods.