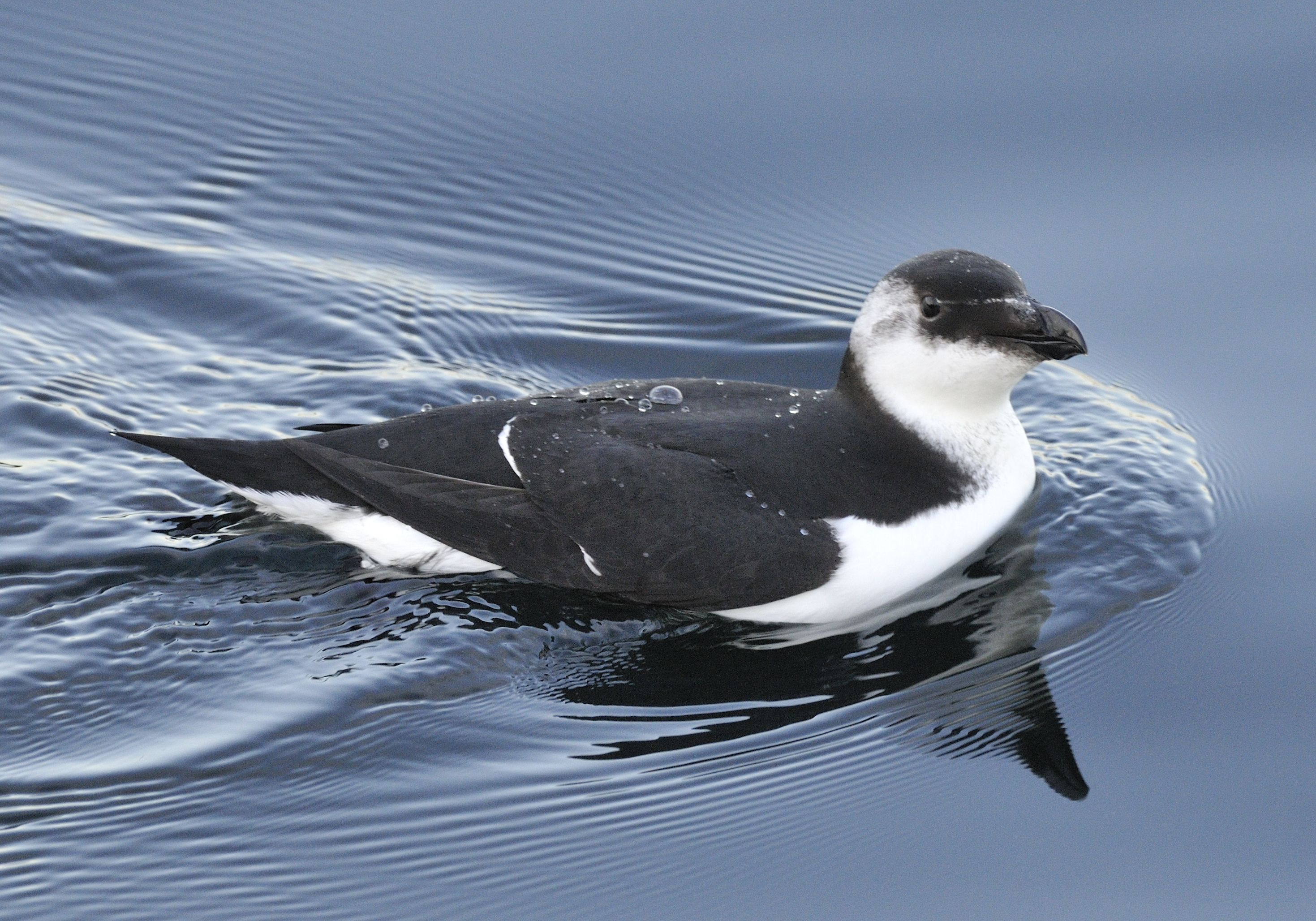 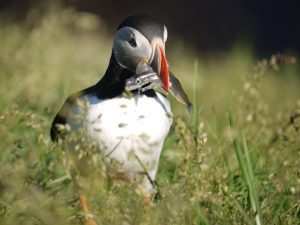 At Machias Seal Island (MSI), 2019 marked the 25th consecutive year of research and monitoring of the seabird community. Graduate students, Mark Dodds and Mark Baran, helped train our new crew on MSI and continued to analyze and write their theses. New PhD student Sarah Durham led the crew and will be working on assessing population dynamics of puffins and razorbills at MSI. Breeding success of puffins in 2019 was up from 2018 and at our long-term average. This was mostly a function of high nestling survival, supported by a diet of mostly hake. Razorbill breeding success remained similar to previous years, with ~40% of the diet as herring. Arctic terns had an unsuccessful season after most of their chicks died of exposure shortly after hatch, when we had a number of very wet, rainy days; diet was mostly hake. However, the terns did manage to fledge a few chicks for the sixth consecutive year since the 2014 restoration following colony collapse in 2006. We completed our third year of monitoring Leach’s storm-petrels and monitored 23 burrows for productivity and 23 for survival. We depart MSI before the petrels fledge, thus only have adequate data to calculate hatching success, which was 65% in 2019 down from 71% in 2018. Lauren Scopel continues to work on completing her PhD thesis and Mark Baran should defend his MSc shortly.

In North Carolina, the NC Wildlife Resources Commission leads a multi-partner effort to manage and…

An Examination of Common, Arctic, Roseate, and Least Terns Diets in a Changing Climate in the Gulf of Maine

Keenan Yakola, a Masters student at the University of Massachusetts Amherst and a fellow with…